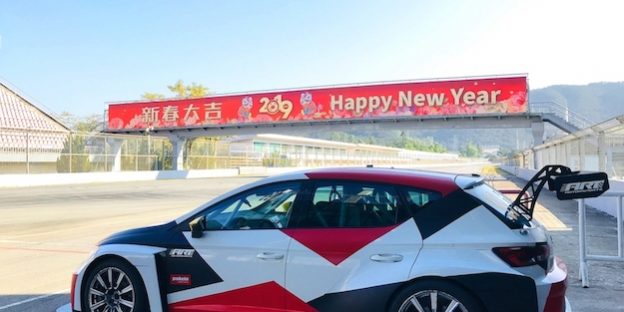 With blazing hot weather, the 2017 AAMC Challenge 1950cc was running in Zhuhai International Circuit last weekend. Asia Racing Team got two drivers, both from HK, to join the race, #16 Stephen Lee and #56 Rickson Chan, who were in Group A&B respectively, to compete the qualifying.

Round 1  After a promising practice on Friday and Saturday morning, the two drivers were in good shape and headed to the pre-qualifying session with confidence. Stephen ended up being within the top20 and continued to compete in the next round of qualifying; Rickson however, had to close his race early that day due to an unfortunate spin in the qualifying session.

Race 1 was held in the afternoon. Stephen finished the second qualifying without a hitch and entered into the 12-lap heat duration. In the end, he managed to put his car in 22nd Position out of 40 drivers in Race 1 with a fastest lap of 1:47.792 in that session.

Round 2   On the last day of the Challenge, the drivers warmed themselves up in the morning and bounced into qualifying together. Rickson was apparently in an improving state and got his fastest lap time so far (1:47.462) and with Stephen’s stability, both of them successfully positioned top20 and entered into the final 12-lap of the race.

Race 2 was a bit chaotic during the first few laps and it was really all about surviving out there. Stephen got a better position than in the first race and managed to cross the finish line in 13th. Sister car driven by Rickson ended up being at P23 at the finish line.

Macao Touring Car Challenge will be back in Zhuhai on the 24th and 25th of June and will finish in Macao at the end of November for the prestigious Macao Grand Prix.