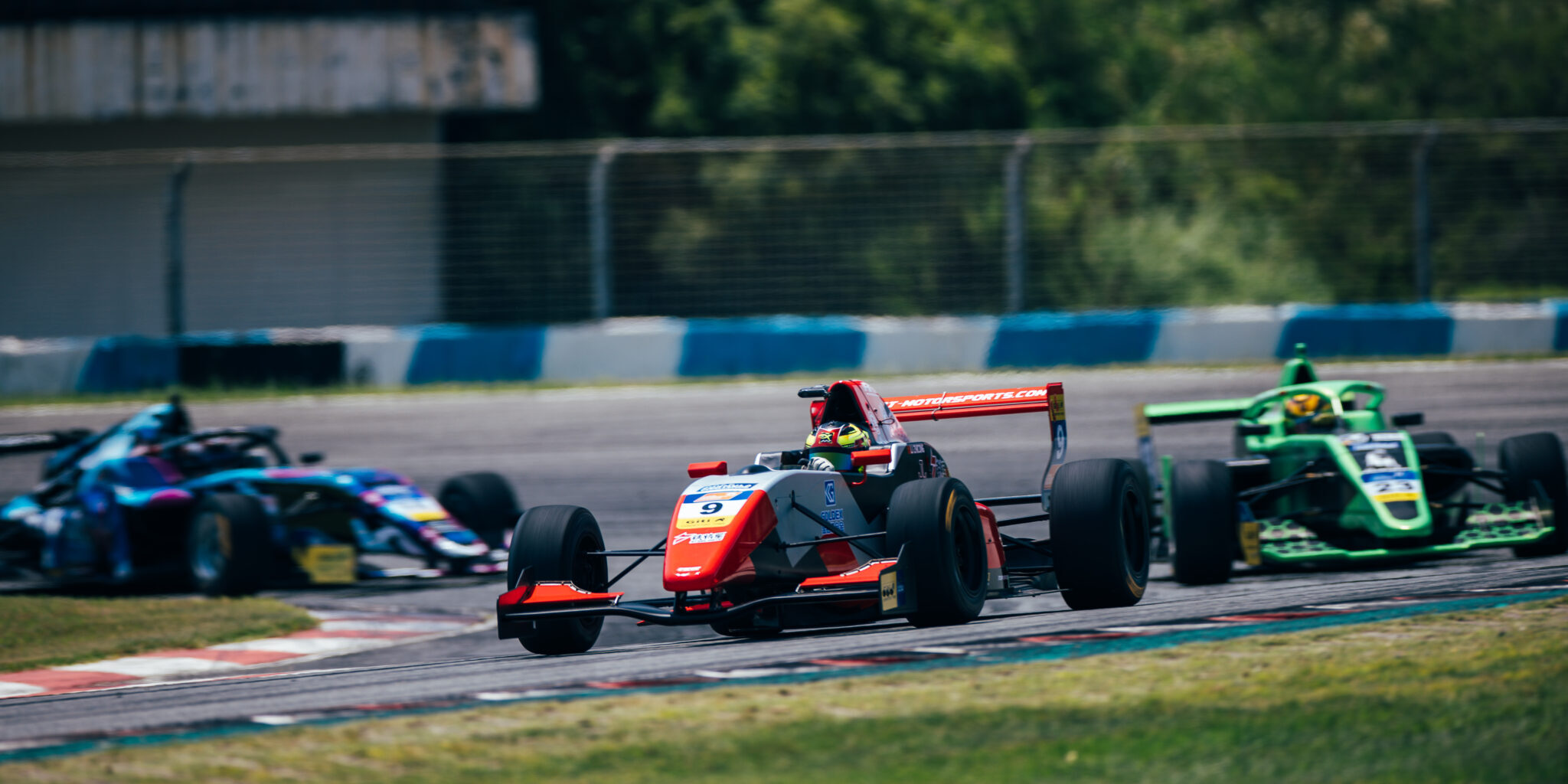 Driving the sole Formula Renault 2.0 entry in the races, the former Chinese FIA F3 driver put up a fight for this podium against a more modern Formula Regional Asia Championship machinery in the opening race of the weekend.

A fabulous race one start allowed Li Zhi Cong to move up two places in the classification in the opening race. Once he found himself in third place, the experienced Guangdong-native driver ran a mistake-free race, always keeping his opponents at a safe distance to cross the finish line in third.

In the second race, Li Zhi Cong again made an excellent start to move up to third place before the braking to the first corner. Without top speed to rival his opponents, Li Zhi Cong had to settle for fourth place, defending himself stoutly against an opposition with cars that were clearly faster on straight line speed. A fourth place finish was still enough for Li Zhi Cong to keep the third place in the championship standings.

Teammate Tang Ruobin was forced to sit out due to a wrist injury, taking only part in the Friday free practice sessions.

Rodolfo Avila, Team Manager of Asia Racing Team, said: “Peter is to be congratulated because he had two great races against opponents with clearly faster cars. Two amazing starts allowed Peter to be in contention for the podium in both races. Open Formula Challenge has a lot of potential and we would like to come back with Peter and a car that can fight for the wins.”

Li Zhi Cong added, “The weekend as a whole went fairly well. We started having some solid sessions on Wednesday. He had an issue with new tires, so we took our time to determine what setup adjustments were necessary. It was great for me to go back into action after a while. For me, the goal of this race was to just regain the feeling, attempt to finish the race, and log the most track time possible. I am considering return to the races next year, and I want to do some testing with different cars and categories to see how I can perform. I’d like to thank the entire team. We figured out the setup for the new tire compound, and the car was in good shape and competitive.”