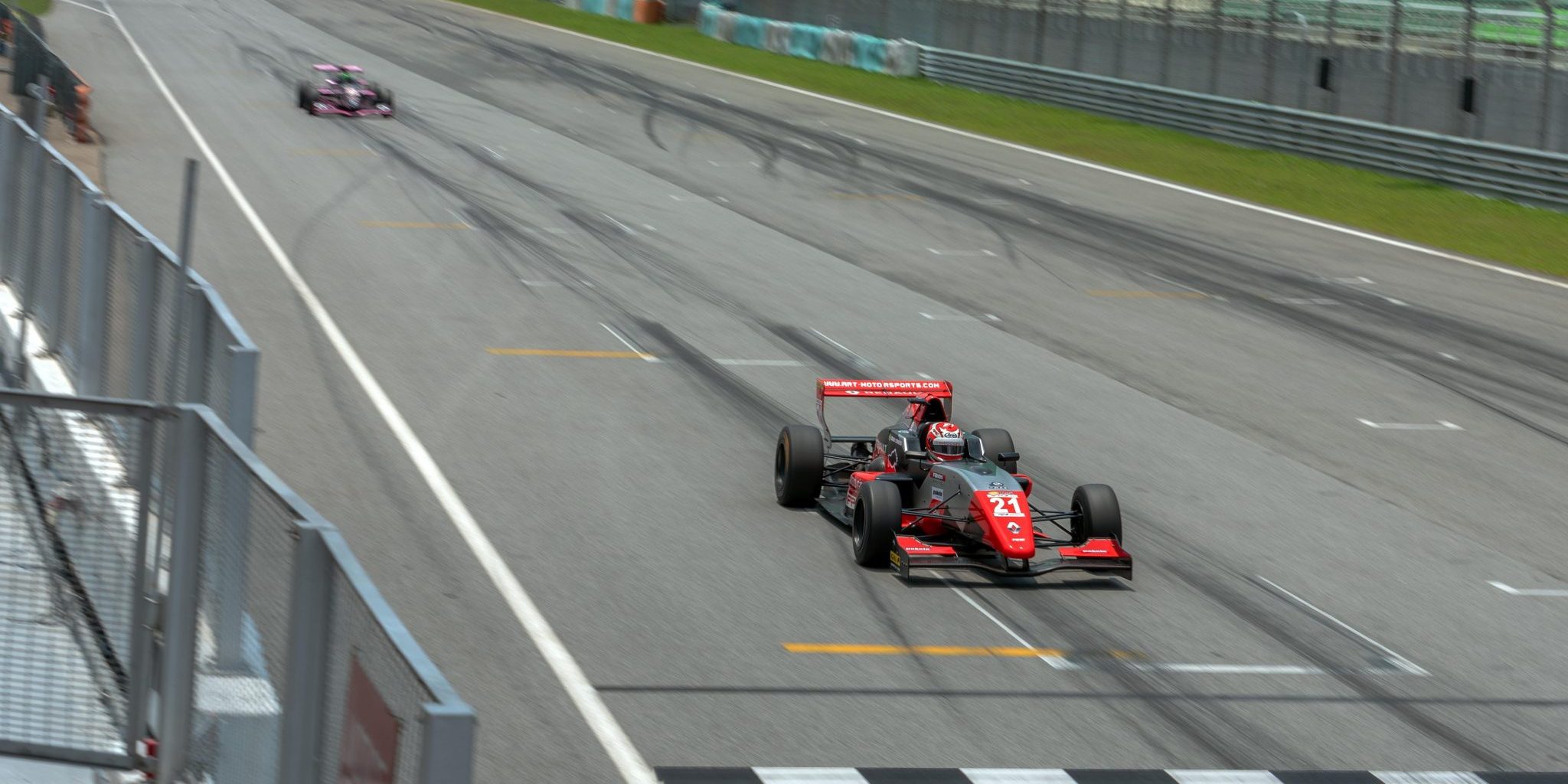 Once again, the Brazilian-born Utah-resident Bruno Carneiro led the way within the team, qualifying second for the opening race of the weekend on Saturday morning. In race one Carneiro kept his second place, and only a safety-car period late on cost the chance of battling for the win. The second race on Saturday was very processional for Carneiro, who finished in the position he started, second overall, posting the fastest lap of the race.

Starting from second on the grid for race three in scorching temperatures, the Rodizio Grill-backed Brazilian driver produced a classic fight to the front – executing a fantastic overtake on the current championship leader to sweep in to the lead of the race himself. Carneiro continued his astonishing tire management while those around him faded and crossed the line in style to take his, and Asia Racing Team’s, second victory of the season. He moved up now to second in the drivers’ standings.

Race one was a heartbreak for Weiliang. The Singaporean driver had a disappointing Saturday in Malaysia. In the opening race, an electric problem forced him to retire early in the race. In race two, Weiliang suffered an early spin to drop him out of the chasing pack. He still managed to cross the finish line in ninth.

Weiliang lined up in ninth for Sunday’s race, he managed well his tires with a late surge to carve his way through the field and take sixth place in the closing stages of the race. He sits now sixth the in championship standings.

Joining the team for the first time this weekend was Alexander Suen. The Hong Kong native qualified seventh for the opening event, and was lapping in sixth in race one when a spin put him out of contention with five minutes to go. He would bounce back on Saturday afternoon, finishing race two in seventh.

Suen, who started from eighth on the grid for the last race of the first Asian Formula Renault Series triple-header of the season, had a spin but recovered to finish ninth.

Commenting about the race weekend, Team Manager Rodolfo Avila said: “Sepang Circuit is always tough for drivers and machines and this weekend was no exception.  Overall it was a good effort from everyone in the team. Just pity that Weiliang had a few issues with the car this weekend that prevented better results. Alex delivered a good performance for a rookie. The race three win of Bruno proves that we had a strong car the whole weekend. We’re second in the standings and will keep fighting until the very end. There are still two race weekends, one is a triple-header, and a bad weekend can happen to anyone.”

Rounds 8, 9 and 10 of the 2019 Asian Formula Renault will take place again at Sepang Circuit on September 28th and 29th.

“It’s always good to be back in Malaysia. The Sepang track is unforgiving, and has a good array of challenging corners. The weekend’s new format was interesting and I can’t wait to be back in September!” “This was a big learning weekend for me. It was my first time to Sepang Circuit, and I was driving a car that I’d never driven before except from a few testing sessions at Zhuhai. I think I learned more about racing in the last four days than I have before! All in all it was a great weekend to prepare the future. Thanks Asia Racing Team for their full support over the weekend.” “What a wonderful way to finish of the weekend! A victory is what we wanted, deserved and needed for the championship and for the morale of the weekend. All weekend we were closing the gap in times, and in two races I set fastest laps. On race 1 and 2 got unlucky with tire wear and safety-car. But today (ndr: Sunday) with a great start and a great car by ART, we got our win! Second in the points and narrowing the points gap! Onto the next!”